Travels in Siberia by Ian Frazier

“Sometimes travel is merely an opportunity taken when you can.”
? Ian Frazier, Travels in Siberia 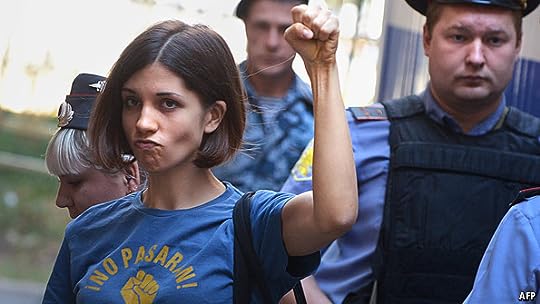 A gifted narrator, Ian Frazier for me seems to occupy a genetic/literary lovechild space somewhere between Bill Bryson (mother: Midwestern appetites) and John McPhee (father: New Yorker affectations). Like Frazier, I too have been drawn to Russia. I remember traveling to Moscow and St. Petersburg shortly after the wall came down (and before the 1993 Russian constitutional crisis). There is something magnetic (both attractive and repellant) about the people, the culture, the geography, that sucks a certain type/flux of person in.

Both a travelogue and an historical review of Siberia, Travels in Siberia never once disappoints. Frazier hits all the major markers about Siberia: its size, the cold, its history, language, food, the cold, gulags, the cold, transportation, hot women, resources, food, language, hot women, the cold, politics, people, the cold, and hot women. Seriously, the women in Siberia are apparently really hot.

Other things I enjoyed while reading this: 1) All the books referenced by Ian Frazier (check out the selected bibliography. Some books just have a sexy bibliography). There is now a whole slew of Siberian exploration books, Russian novels, and Decembrist history that I want/need to read. 2) Fraziers simple, spare drawings were perfect for this book. 3) The dynamic arc created by this book being written over the last 15+ years. It reminded me of certain Impressionist paintings done at different times of the same exact scene. The colors, light, and shapes shift because of shifts in time and season. The same is true of Fraziers book. You exit the book with a significantly different view of Siberia from which you entered it. That large and desolate country changed in 15 years, certainly, but more than that Frazier changed by both his experiences in and his experiences THRU Siberia.

Now that Pussy Riot* have been released from their own stint in a Siberian penal colony, the book seems like a perfectly timed pre-read for the Olympics. While Sochi is more Caucasus/Black Sea than Siberia, it is still Russia in the way it seems focused on the repressed, totalitarian cold. Gays are to stay away. Stray dogs are being round up and shot. Pussy Riot is freed to garner some PR goodwill. It all seems like some 21st century match-up of Siberian protesters (gays and Pussy Riot) vs the modern Russian Tsar (Putin, obviously). Im waiting for a whole new set of protesters gearing up for their slow train ride to a Penal Colony. Plus ca change, plus cest la meme chose.

* I should disclose that I am really attracted to Pussy Riot. Not that ooh they are sooo pretty attracted, but in that singular way you (Yes you faithful reader) are attracted to people with a sharp purpose, excess energy, the ability to capture a moment perfectly, and a willingness to go badasshard against institutions as big and strong as the Russian Orthodox Church and the Putin Totalitarian State. Pussy Riot did everything the Decembrists did, but they did it in heels and backwards. Plus they have the name Pussy Riot, which is kinda silly, but still also makes my tongue swell, and eyes dart back and forth (looking for Mom) when I say it out loud.
File Name: ian frazier travels in siberia.zip
Size: 77408 Kb
Published 01.12.2018

A Few Days of Siberia

"Travels in Siberia": The genius Siberian travelogue you should not miss

The most alchemistic thing a writer can do is take a place you've never been much interested in and turn it into something so alluring you can't bear to turn away. The most generous thing such a writer can do is take you there in a book so you don't have to go yourself. Both are done with the subject of Siberia by the matchless Ian Frazier who does not know how to write a disappointing book -- just pick up "Great Plains" or "On the Rez" or any one of seven others. If you are already interested in this vast and largely unknown place, then after reading his treatment of it, you are liable to buy a ticket there immediately. He covers many of the reasons you might proceed with caution, but even these are likely to impassion.

A Dazzling Russian travelogue from the bestselling author of Great Plains. In his astonishing new work, Ian Frazier, one of our greatest and most entertaining storytellers, trains his perceptive, generous eye on Siberia, the storied expanse of Asiatic Russia whose grim renown is but one explanation among hundreds for the region's fascinating, enduring appeal. In Travel. In Travels in Siberia , Frazier reveals Siberia's role in history--its science, economics, and politics--with great passion and enthusiasm, ensuring that we'll never think about it in the same way again. With great empathy and epic sweep, Frazier tells the stories of Siberia's most famous exiles, from the well-known--Dostoyevsky, Lenin twice , Stalin numerous times --to the lesser known like Natalie Lopukhin, banished by the empress for copying her dresses to those who experienced unimaginable suffering in Siberian camps under the Soviet regime, forever immortalized by Aleksandr Solzhenitsyn in The Gulag Archipelago. Travels in Siberia is also a unique chronicle of Russia since the end of the Soviet Union, a personal account of adventures among Russian friends and acquaintances, and, above all, a unique, captivating, totally Frazierian take on what he calls the "amazingness" of Russia--a country that, for all its tragic history, somehow still manages to be funny. Travels in Siberia will undoubtedly take its place as one of the twenty-first century's indispensable contributions to the travel-writing genre.

The continental United States and most of Europe could fit inside. Officially, there is no such place as Siberia. No political or territorial entity has Siberia as its name. During Soviet times, revised maps erased the name entirely, in order to discourage Siberian regionalism. About thirty-eight million Russians and native peoples inhabit that northern third of Asia. 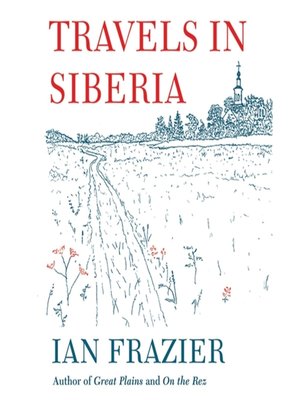 A Siberian infatuation leads Ian Frazier to a road trip over hard-frozen water, a visit to Stalin's gulag and an icy dip in history.
baby don t you go

Any book written with this much love needs to be handled carefully. Still he teaches me plenty of things. Travels in Siberia first published by FSG in , then in paper by Picador in is capaciously thorough, with its years of research clearly visible. Still, he paints the country and his infatuations with great care, humor, eloquence. The tributes to people he spends time with are often moving.

The subject who is truly loyal to the Chief Magistrate will neither advise nor submit to arbitrary measures. One evening, during a 9,mile journey from St. Petersburg to Vladivostok, Ian Frazier and his two guides, Sergei and Volodya, are invited to a party by two schoolteachers who arrive at their campsite in the middle of the night, ostensibly to meet the American. Frazier declines. He tries to sleep while Sergei and Volodya disappear with the schoolteachers.

What does pele mean in spanish

5 thoughts on “Travels in Siberia by Ian Frazier”